The Future of the Oceans are in your Hands 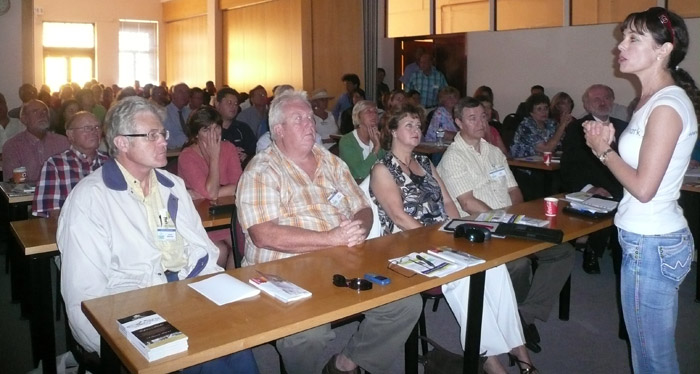 My talk was well received and I have subsequently been asked to present to another audience. Photo Verona Smith<

I recently presented a talk to over 200 people along with Clem Sunter, former CEO of the biggest gold mine company in the world, Anglo Amercan, and now well known author of the best seller, Mind of a Fox. Clem is a leader in the field of scenario planning and his talk focused on future scenarios that could play out in the world economy, and in South Africa. I focused on the future of the world’s oceans, and sharks in particular. My talk entitled The Future of the Oceans are in Your Hands, looked at the harsh reality of the environmental challenges facing our world’s oceans, and all life they support, including our own. I highlighted that some of the destruction, in particular due to over-exploitation, is a current and ongoing issue of concern, but there are others we are yet to pay the price for. In particular the impact on the world’s oceans as a result of global warming is yet to be realised, and as Clem humorously later added, the youth in audience needed to get ready for living in a microwave. I stressed, however, that there is a ray of hope, which we each hold in our hands. I encouraged the audience to take ownership of our beautiful oceans, and responsibility for assisting in the changes necessary to preserve our world’s precious but limited resources, in order to save many species from extinction, including ultimately the human race.