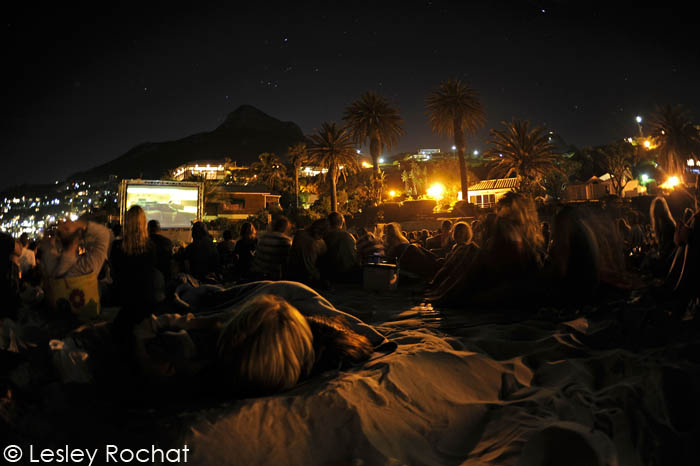 Hard to believe another year has gone by and I find myself amongst about 3000 people again on Clifton 4th Beach for the opening of the Wavescape Film Festival, which SOSF are sponsoring for a second time. I was horse riding in Noordhoek so I missed the sunset, and the chance to collect my tripod, and trying to photograph in the dark without one is a challenge not even the many cool-boxes offered by friendly picnickers is helping me solve. 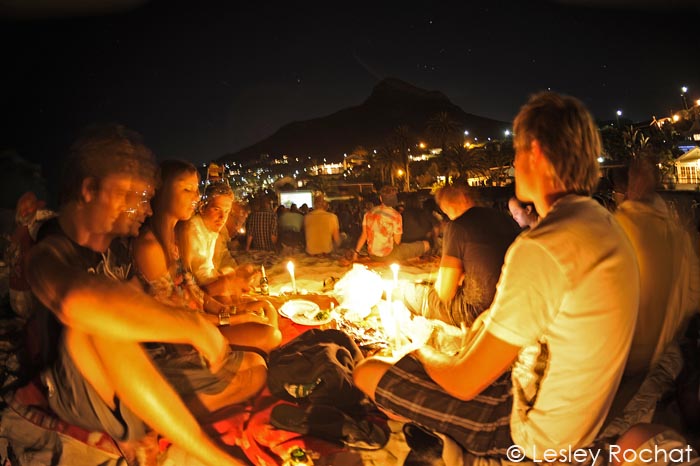 But a winning photo I will leave to the many others, with tripods (Paul van Jaarsveld, well done on that great image!), and instead breathe in the fresh air, the beauty of the most spectacular outdoor theatres in the world, giant, dark mountains dwarfing us on the one side, and the sound of the icy cold Atlantic on the other, sip my beer (kindly donated by Terry 🙂 )and watch a really cool surf film. If there is any one film you just have to see during the festival make an effort to see Musica Surfica, which I saw in San Francisco in February this year. Combining two of my favorite things, the violin with the ocean is utter music to the ear, eye and soul. 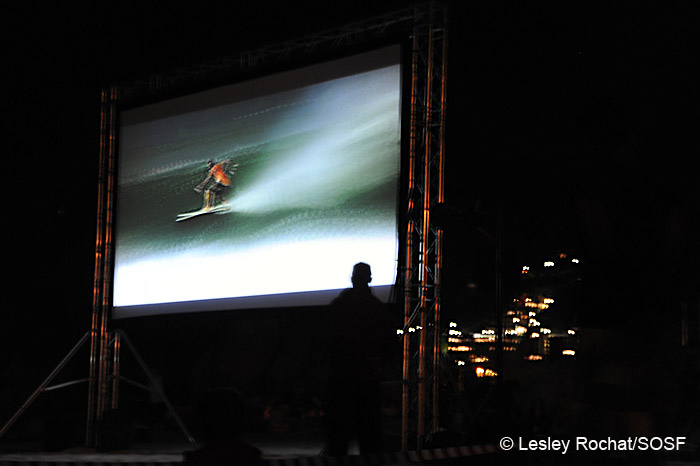 The big screen on Clifton 4th, and the theme of the night…

To find out more about the Wavescape Film festival, which runs till the 20th December at the Labia Theatre in Cape Town go to www.wavescape.co.za