Posted Jun 7 2009 by Lesley Rochat in Photography, Whales with 6 Comments 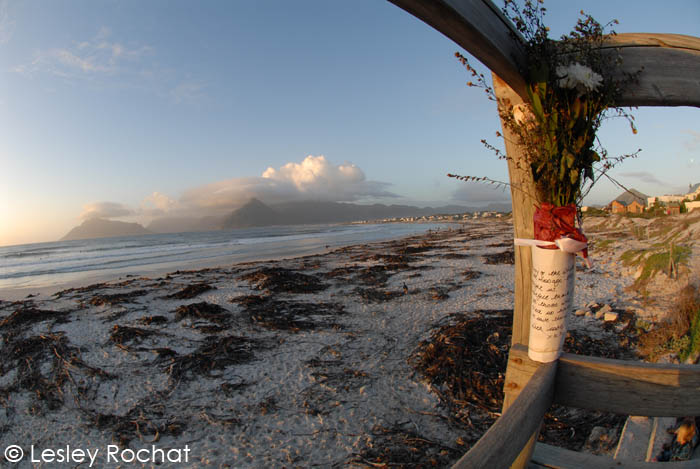 The emptiness and calm of Kommetjie beach belies the chaos and trauma that took place a week earlier when this little bay was scattered with 55 beached whales, most shot later that day to the horror of hundreds of onlookers. 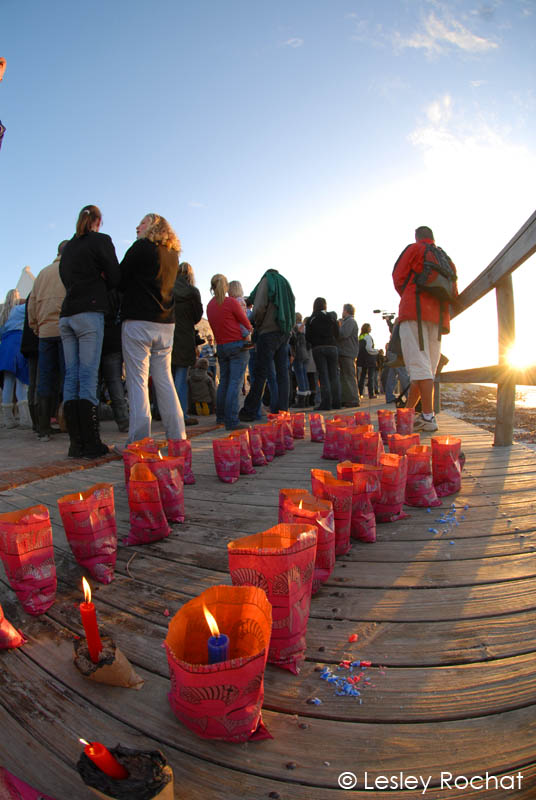 Yesterday late afternoon as a full moon begun to rise, a small crowd of about 120 people, including Kim Mc Klean, who had driven from Hermanus especially for the event, gathered to honour the whales that were shot on the beach the weekend before. Spiritual healer and shaman, Shelley Ruth Wyndham, spoke words of wisdom about the interconnectedness of all life, and our need to respect all Earth’s creatures. Candles arranged in the shape of a whale were placed on a platform overlooking the beach where the traumatic euthanasia of over 45 whales had taken place in front of hundreds of people, including children. Throughout the ceremony a few southern right whales swam directly in front of the crowd, which many believed was not a coincidence. After Shelley finished addressing the gathering, we all walked down to the waters edge, threw lavender into the ocean, while sangoma, Devi Hill, beat an American Native drum and incense filled the air. The sun sank into the ocean, the whales moved off and some people found closure for an experience that had shattered them, especially those who had for many hours so tirelessly tried to rescue the whales, but in vain. 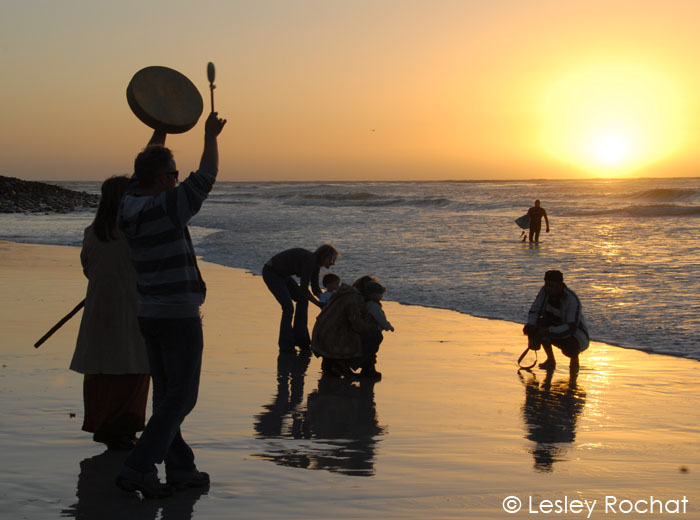 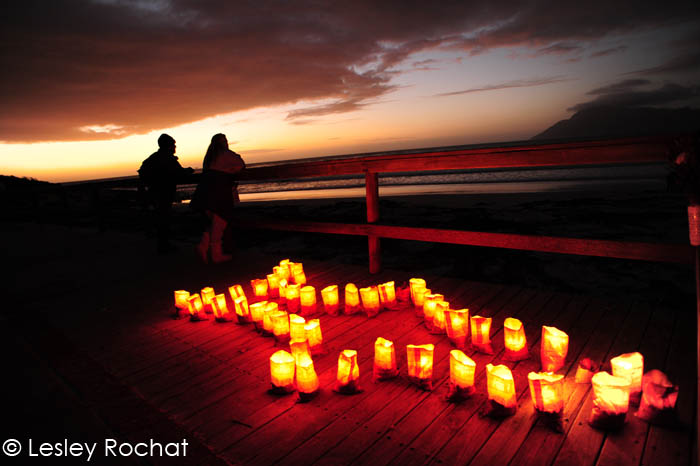