Whales Die and the Oceans and People Cry

Posted Jun 2 2009 by Lesley Rochat in Conservation, Whales with 0 Comments 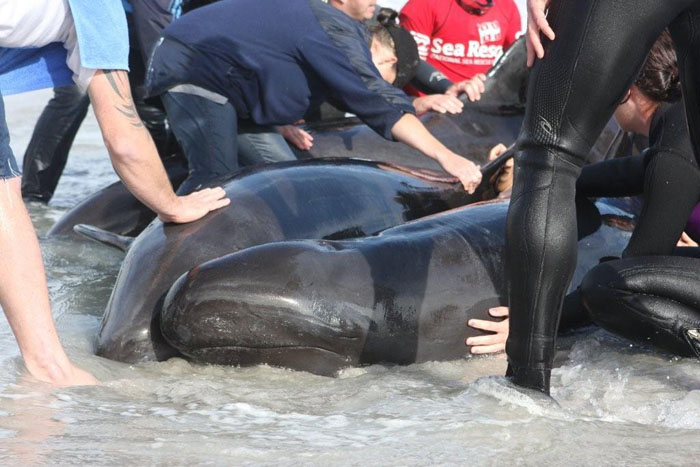 I’m on horseback in the mountains in the middle of nowhere. I’ve planned this weekend away with my daughter, an avid horse rider, months back. It is our first weekend away together this year, I’ve been too busy. I make the mistake of taking my mobile. It rings. I’m notified of false killer whales beaching on Kommetjie beach back home. My phone does not stop ringing. I’m hours away, trying to organise at the very least a cameraman. I fail to find a willing helper, which frustrates and upsets. The filmmaker and photographer in me saddens at the fact that I am losing what might be my only chance to capture this on film in my lifetime. But it is the conservationist in me that hurts the most, I should be there with them, helping them. About 55 whales have beached, reasons unknown. All I can do is make regular calls to friends on the beach, if they would only answer, to find out how the whales are doing, find out how many are being rescued. The wind is strong and the rain stings my face as we gallop through the fields. My thoughts are not here with the stallion I ride, the beautiful mountains dwarfing me, but with the whales. That night when I return to my lodge I watch the news. By sunset of the same day all the whales, save about 10 that were successfully returned to the ocean, were shot, a decision made apparently in the best interest of the animals. Or was it? People were devastated and cried. Many were angry that they had not been given more time to rescue more animals.

A day later I am forwarded an email from an animal communicator who claims that the animals were exposed to toxic effluent off the northwest of Cape waters caused by humans, which had affected their immune systems, making them very susceptible to, and ill from parasitic infections. She says the animals wanted to die. They wanted humans to witness their deaths, the effects of our ill doing. They wanted the humans to wake up to the fact that the oceans are being poisoned, and so are they. Strange that, when my daughter had asked me on the day why they had beached, my quick response answer was the same, “They want to die”, I told her. I have done an animal communication course and learnt that my first thought received was always right, it was only when I second guessed myself that I made mistakes. Could we be right? Could we be killing the ocean and all her life?

Whether you believe in animal communication or not is irrelevant, but one thing we cannot deny is that we are poisoning our oceans. Ironically the campaign I recently launched with Saatchi & Saatchi for SOSF is so poignant, direct pleas from our oceans and all her creatures, telling us that they are dying, begging us to stop our destructive ways. Could we have tapped into Gaia’s consciousness when creating this campaign? Could She be using us as a channel to raise much needed awareness? If it is true that the whales died because of us then our campaign, which was launched so soon before this tragedy, seems eerily true, the oceans animals are crying out for help. When will we listen, when will we stop destroying our beautiful, precious Gaia, only when it is too late? I am a pessimist with hope: we will destroy our Earth as we know it, but the eco-warriors of us will go down fighting, and kneeling beside those that have no choice but to die at our hand. 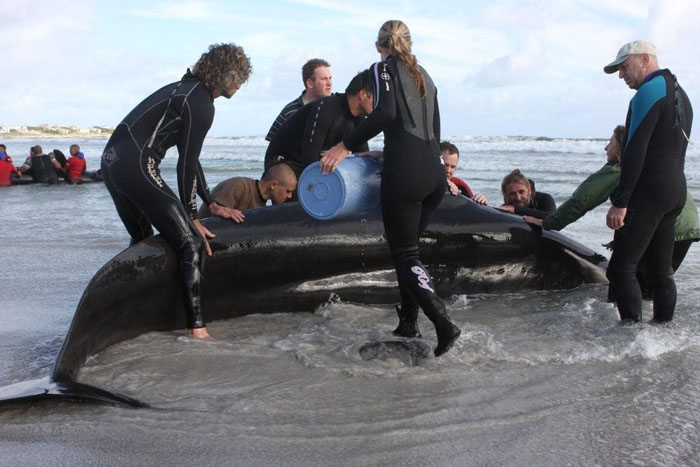