This defeat is a massive blow for shark conservation as we had hoped that by listing them onto CITES Appendix II, which would not have prohibited trading but rather provided international control and management of trade, while working with the RFMOs such as ICCAT. Scientific evidence, FAO and IUCN, supports the drastic decline of these species by over 90% in some areas, and which are targeted primarily for their fins.

Amongst those against the proposal who intervened was Japan, China, Korea, Cuba, Senegal, Venezuela, Singapore and Indonesia who argued that sharks, and all other marine species, should not be on CITES as they are the responsibility of the RFMOs (Regional Fishery Management Organisations). ICCAT, one of these RFMOs, admitted however during the debate that they do not have enough data – it is a given fact that ICCAT has not managed shark catches and that unregulated, unreported and illegal fishing is draining the oceans of sharks worldwide. Socia-economic issues, as well as inability to identify different shark species fins, which will be necessary in the control of trade, was used in favour of not supporting the proposals by these countries.

Spain and the EU supported, along with Monaco, UAE, Columbia, Palau, Qatar, Brazil, Saudi Arabia, Australia, New Zealand, Norway,Croatia, Argentina. South Africa’s intervention was ambiguous, stressing the need for RFMOs and CITES to work together if the proposal (the oceanic) was accepted.

After lunch the last two shark proposals, the spiny dogfish and porbeagle, will be voted on but these first two species were the most likely of being supported.

I will blog later again, but feel decidedly depressed, the time was now to act in order to save these species. With the defeat comes a sense of hopelessness, which I find difficult not to feel at this moment. 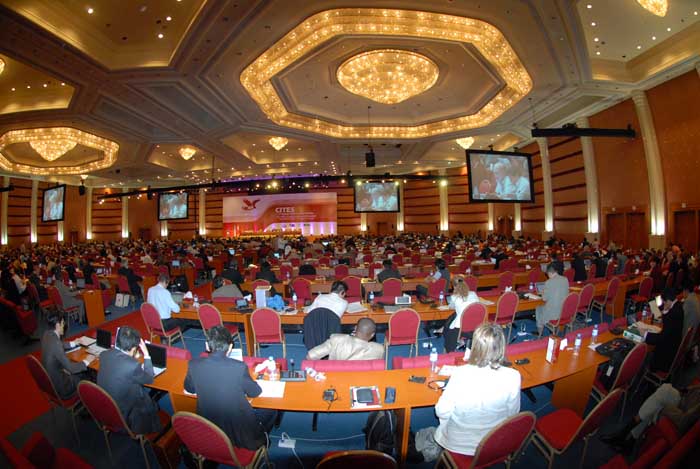