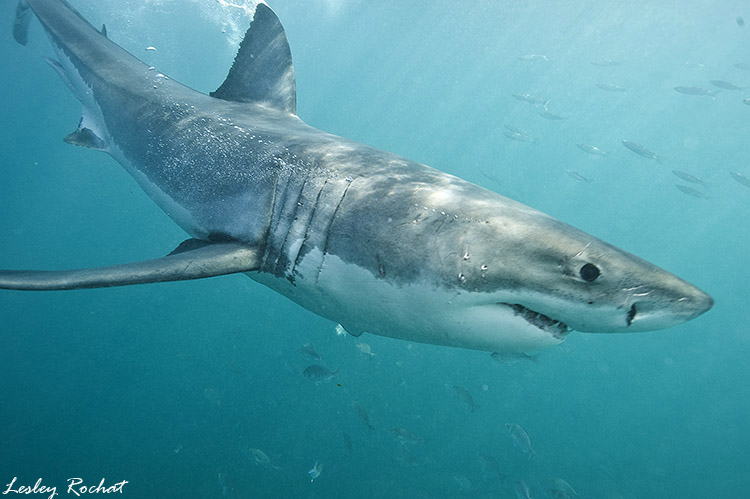 JAWS portrayed white sharks as bloodthirsty killing machines with an insatiable appetite for humans and Discovery Channel continue the myth.

JAWS portrayed white sharks as bloodthirsty killing machines with an insatiable appetite for humans and Discovery Channel continue the myth. Sharks are being given a bad wrap again when Discovery Channel ‘Sinks Teeth Into Shark Week 2010’ with a lineup of programs, many of which depict sharks as bloodthirsty man-eaters. We desperately need improved public perception to win the battle against plummeting shark populations, and irresponsible TV and media portrayal of sharks’, which perpetuates poor perceptions of them, only adds to their threat. The media have immense power to help us save our planet’s resources through responsible reporting, or not. They can choose to continue accelerating the demise of these much maligned animals, which will ultimately result in our own downfall as everything in nature is connected; or they can support us and help us save them so we might save ourselves. It is a shame on Discovery Channel to see them continuing to work against the good efforts we as shark conservationists around the globe fight so hard to achieve, changing fear and loathing of sharks to much needed understanding and admiration.

But instead of me continuing to express my utmost disdain and irritation at the shortsighted, ignorant, high ratings, big dollar driven commissioning editors, and the like, at Discovery Channel, I will leave it up to fellow conservationist and multi-award winning filmmaker and author, Chris Palmer. Chris has spent 25 years producing more than 300 hours for prime time television and the giant screen (IMAX) film industry, and if anyone’s opinion should be respected it is his: “Teeth of death,” “Shark feeding frenzy,” “The Worst Shark Attack Ever.” It is that time of year again, when the Discovery Channel brings out shows like these as part of its annual “Shark Week” programming. This week of bloody feeding frenzies and vicious shark attacks is part of a larger trend in nature programming. Instead of seeking to educate or to promote environmental conservation, these shows focus only on presenting graphic, sensationalized animal violence. Programs like those in Shark Week – while they might garner high ratings and attract advertiser dollars – all too often mislead the audience, exploit animals, and fail to promote conservation.  It is easy to understand why Shark Week or other shows like “Untamed and Uncut”, “Man vs. Wild”, or “When Animals Attack” would attract viewers…” Read more: http://www.huffingtonpost.com/chris-palmer/shark-week—-education-o_b_660876.html