For the genuine love of sharks 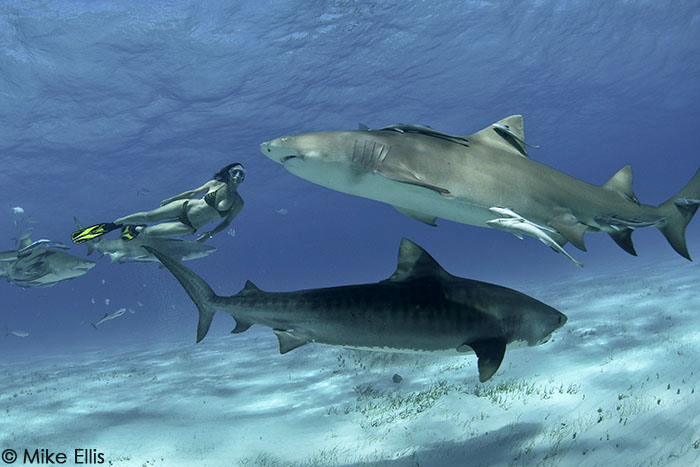 When I became a shark conservationist over a decade ago sharks were not in vogue as self-promoting marketing tools, nor considered to be in any real danger of extinction and therefore not worth conserving. As a freelance environmental journalist I knew differently. Not happy with my career at the time, I was on a spiritual journey, meditating daily, and opening my heart and soul to guidance for direction for my true life’s purpose. Maxine, the extraordinary ragged tooth shark living at the Two Oceans Aquarium showed me the way. The direction was clear, I was here to help save our sharks. What followed was me packing up a well paying corporate position, as well as shares in a top brokerage, and stopping my studies in finance, which would have led to my MBA. Money would have been like sunshine.

Instead, my spiritual path and belief that life is about giving back, dominated and over the past 10 years plus, by cashing in my pension fund and founding a non profit organization, AfriOceans, driving award winning campaigns such as the AfriOceans ‘Rethink the shark’ campaign, writing books and articles, public speaking, imagining a public shark centre and creating one, satellite tagging sharks for research, producing documentaries, designing public displays, lobbying, photographing, teaching children, and much more I have reached millions of people all over the world with my shark conservation messages. Not always is my name attached to my work, but it is mine. 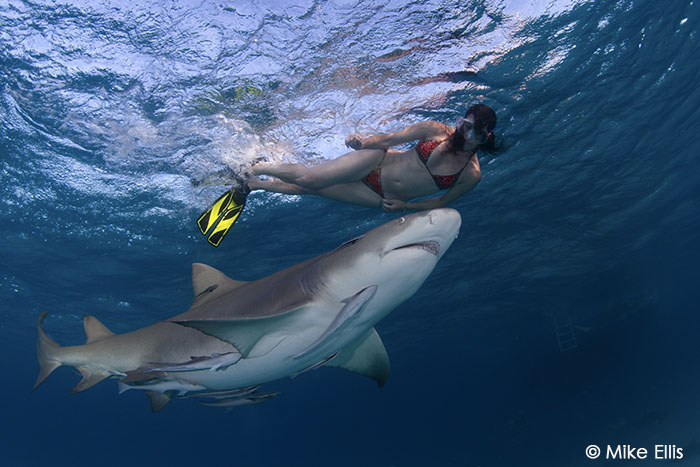 Saving sharks and using every means possible to raise awareness about their plight, was my focus. I never promoted myself or used sharks to promote me. I was too busy trying to save them. It took me eight years to create a personal website, only done because I was pushed to do so. Any exposure I received came my way and was used as a tool to drive my message and/or help raise funds. Now a honed and well-worn shark conservationist with a long history, some very tough trials and tribulations in my fight to make a small contribution toward their survival, plus for having the ‘balls’ to make the award winning film, ‘Sharks in Deep Trouble’ and for being prepared to speak out, has earned me both supporters and enemies, and the nickname, ‘Shark Warrior’.

I have learnt that there’s no arriving on this journey along a road with no end. From my place of humble achievement I have watched in admiration other genuine conservationists work hard towards saving sharks. Many are my friends. I have also watched in calm amusement as any other man, and woman, and their dog, whether underwater photographers, freedivers, PR and marketing babes, dive operators, researchers, or someone who merely had some photos taken of themselves freediving with sharks, suddenly without any conservation cred become shark conservationists overnight. Mostly immature and insecure, they tarnish their thin motives further with their backstabbing, bickering and claims to fame in the industry. 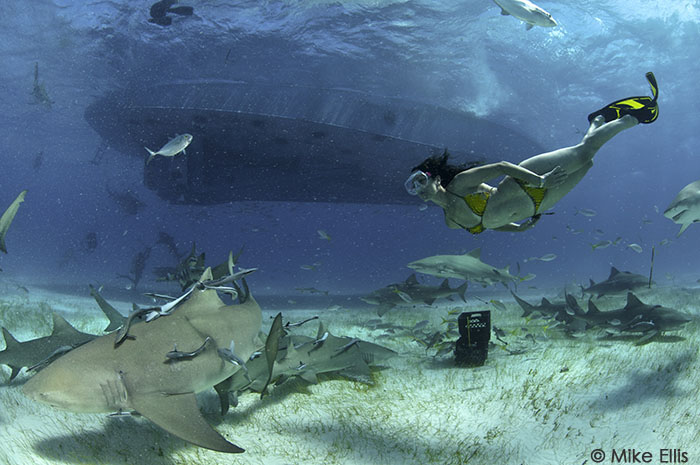 The bottom line is that like remoras they latch onto sharks because sharks further these individual’s self interests, increase their public profile, their bank balance, and their drive to climb the glory ladder. I say to this, cool, no matter their personal agendas for using charismatic animals, which the media also loves to exploit, in order to boost their own egos. After all, sharks need all the help they can get to survive and the spin-off of their selfish marketing agendas is more awareness for sharks. Of further amusement is the various other ‘Warriors’ related to the oceans, which have sprouted up. I feel flattered that I have influenced these individuals to call themselves warriors and use this title as another of their marketing ploys.

To those of us, however, who have earned our stripes through much more than a quick dip in the ocean with sharks, radio and magazine interviews or TV show exposure, but have spent hours, years, unglamorously behind computers, in meetings, campaigning, working 14 hour days fighting the real shark conservation battles with little financial reward, all because we really care, don’t be afraid to let the spotlight fall where it should. When we join the bandwagon of shark opportunists and use ourselves, the true shark conservationists to promote shark conservation, we, however, do it with integrity and credibility. We still put the sharks before ourselves. We never forget why we are doing it. And our spinoff, apart from raising more awareness, will be to draw more funds to us, not for ourselves but which we desperately need to do the real hard work of saving our sharks. 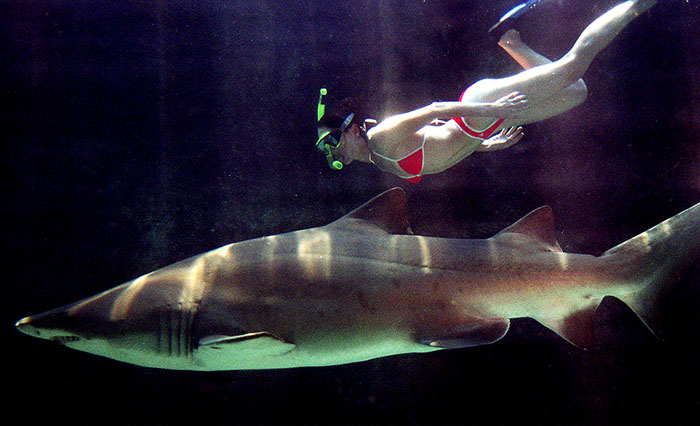 Me with Maxine in 2001 in the Two Oceans Aquarium. My mind wonders off to the warm and beautiful ocean of the Bahamas, the sole purpose of which was to gain images for two international shark conservation campaigns I am either driving or part of. I got special permission because of my background and motives to freedive with the sharks, and in time I will share more about the reason for these shots with you (special thanks to Mike Ellis for taking these pix). I recall the first time I ever freedived with a shark and go back in my piles of newspaper clippings and find an article with a photo of me freediving with Maxine in the tank at the Two Oceans Aquarium, faded yellow with age, taken by Leon Muller of the Argus newspaper, shot on negative back in 2001. I smile.

NOTE: 25th March 2011:re the comments left on this blog below: Soon after the negative comments below were left both individuals, when realising that there was either a misunderstanding and/or certain things they were unaware of, have apologised to me. I would like to thank them for extending their communication to me so that this understanding could have been reached. I thank those of you who felt the need to defend me, this was very kind of you and just warms my heart more knowing there are special people like you out there that support me, thank you for your kind words. Lesley