Keep the oceans clean. Another compelling PSA from AfriOceans !

Posted Feb 23 2011 by Lesley Rochat in AfriOceans, Conservation, Rethink the Predator, Rethink the Shark with 5 Comments

I have learnt that when you do good, good follows. It is a law of the Universe. So it was with Kelsey Egan, a lovely young, motivated and talented film producer and director who, having been inspired by the work we are doing at AfriOceans, approached me about a public service announcement (PSA) she wanted to make for us.  Upon hearing the details of her creative concept, which I loved, and assisting in defining its message, I knew that ‘Keep the oceans clean’ was going to go a long way in helping us raise awareness about marine pollution, and plastic pollution in particular, a problem which has always concerned me. A very big thank you to Kelsey for helping us make a difference!

‘Keep the oceans clean’ links in with our high profile AfriOceans Warriors Environmental Education Programme that proactively addresses marine pollution (I will be sharing much more about this exciting programme in a few weeks time.) Send the link to your friends, leave comments, say how you feel about marine pollution – I would love to hear from you!

This is not our first PSA, AfriOceans is recognized for our thought provoking awareness campaigns. In 2005, with the help of Saatchi & Saatchi, we launched the compelling ‘Rethink the shark’ PSA campaign. It reached millions of people worldwide and continues to assist in putting shark attacks into perspective while highlighting that innate objects, such as faulty toasters and flying kites, are far more dangerous than sharks. Subsequently it won many awards and was soon followed by our ‘Rethink the predator’ campaign. 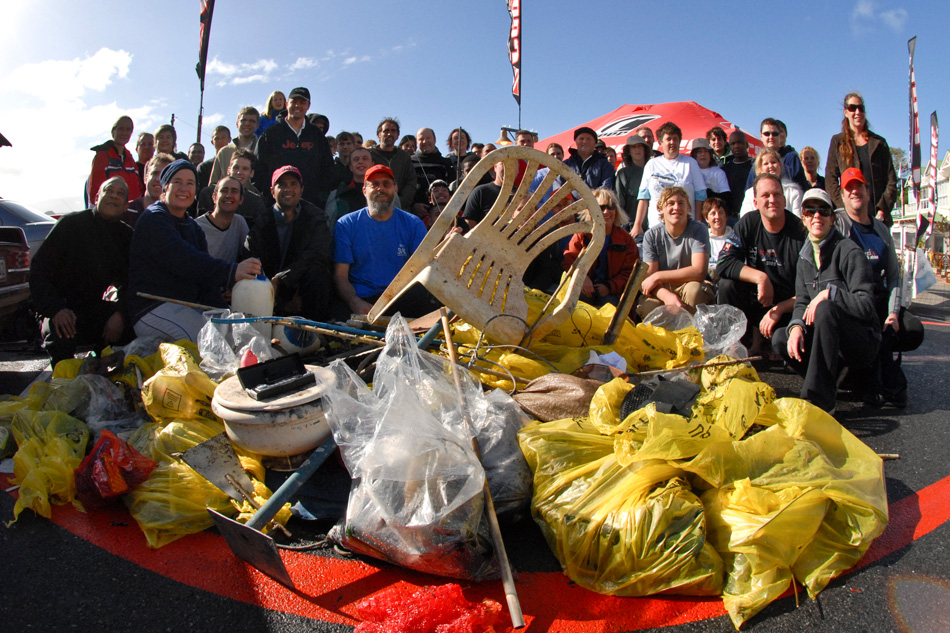 Studies done locally have shown about 3 500 particles of plastic per square kilometer of sea off the southern African coast. In addition, surveys of 50 South African beaches from the Eastern Cape to Cape Town showed that over a five year period plastic pollution had increased by 190%, and that more than 90% of the articles found on these beaches contained plastic. Plastic is now found on virtually all South African beaches, even the most remote. The shores and oceans of the rest of the world are equally littered with plastic pollution, a deadly killer of millions of marine animals every year.

The time is now to turn the tide on plastic marine pollution and we aim to assist in doing so. We believe the solution to this global problem begins on land with you and me, the consumer: the less plastic we use, the more we recycle that which we do use, the less will land up in the oceans. Eventually the plastic, which is already at sea, will land on a beach, along with all the plastic already there, and if we keep doing beach cleanups and make them ‘a way of life’, slowly but surely we will make a big dent in another of the huge problems we have inflicted upon our precious Gaia. Education and awareness is the beginning of this cycle of healing and that is what our new PSA, and our supporting environmental education programmes, which involve many beach cleanups, aim to do.

Are you doing your bit to fight the war against plastic, I do hope so? Find out more about marine pollution and how you can make a difference and visit the AfriOceans website here.

On this note I bid you a farewell for a couple of weeks while I head off on a photographic expedition on the other side of the planet, in clear warm water and with some of my best friends of the oceans, tiger sharks of the Bahamas. I look forward to sharing my adventure with you on my return. In the meanwhile, to help raise funds for AfriOceans, a reminder that I’m running a Sardine Run Photograpic Expedition from 13th-19th June from beautiful Mboyti on the Wild Coast – join me for the adventure of a lifetime!