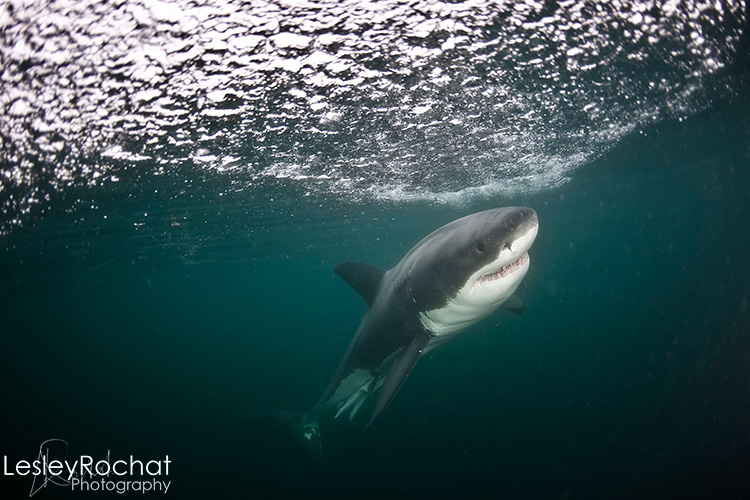 Let me begin by saying I am truly sorry that a shark harmed a man recently in my home village, Fish Hoek. I feel for the man, his family, and for the sharks. After reading the facts of the incident I am left with one big question: If someone warned you repeatedly that there was a lion in a park and if you walked about, there was a good chance you’d be attacked, would you still do it? No, you wouldn’t!

There’s one thing to be bitten by a shark without any warnings that it might be around, but to be warned that a shark is present and still choose to enter the water and then get bitten, well now that’s plain foolish. This is exactly what happened in all three cases at Fish Hoek Beach. Why did these people do it? Their behaviour appears to be totally irresponsible, irresponsible toward their families, toward the local Fish Hoek small business community eking out a living and tourism plummeting as a result, and irresponsible toward these majestic animals that are teetering on the edge of extinction, and which they have helped to brand as man-eaters.

In the case of Lloyd Skinner, which took place in Jan 2010, I heard that he had emailed his mother that day to say he would see her later but not before he went for a swim at Fish Hoek Beach, AND he added, he had read the warnings of the high frequency of shark sightings in the area and was concerned, and yet he still went for his fatal swim, apparently close to a shoal of fish.

This latest case was another act of irresponsibility – Michael Cohen, apparently a frequent swimmer of the bay and apparently also a frequent ignorer of the Shark Spotters warnings not to swim when the beach was closed, as it was that day, still chose to do so. It cost him his leg. And it cost sharks a very bad rap, resulting in a tsunami of ignorant reactions from many members of the public, including gung-ho, testosterone-driven males wanting to ‘hunt the shark down’ (as if they would be able to determine the ‘culprit’ from any other shark. White sharks are also one of the only protected shark species in South Africa, a country comparatively far behind protecting its sharks due to local fishery department’s total inadequacies and inertia – but that’s another story for later – and it’s against the law to kill a white shark, if caught it can result in a two year imprisonment and/or a R50 000 fine).

To set straight the stream of self-proclaimed shark experts opinions which offer impractical/ignorant solutions to what they perceive as a problem, note that for biological reasons white shark populations cannot explode; that there is no scientific evidence that sharks become rogue animals and hunt people; that shark nets are not barriers but fishing devices, which indiscriminately kill marine animals, including whales and dolphins and therefore not recommended for Cape Town; and that culling some sharks is not an absolute solution as one remaining shark can still bite.

I reflect back to Tyna Webb, also a regular swimmer of the bay, that was killed by a shark in 2004 in the same place and recall the now monotonous tune being sung then already: I had rushed down to the beach minutes after the incident and interviewed some of Tyna’s friends on camera who told me: “They warned us there were sharks in the bay and we told her she mustn’t go in, but she wouldn’t listen to us, she never did.”

What I said on National Television E-News the day Michael was bitten, I say again, it’s their domain, not ours, and we really need to keep our wits about us, use the ocean responsibly and keep things in perspective by remembering some simple facts: we need our sharks because they keep our oceans in balance (no sharks in the oceans means no tasty fish on your dinner plate, plus a whole lot of other negative repercussions that will affect us all since the oceans are our life support system), we slaughter over 70 million sharks a year, while worldwide last year there was only 6 fatalities by sharks, 2 of which were in South Africa. On average from 2001 to date in South Africa there has only been 48 ‘attacks’ (a word I use very sparingly as it is misused and misplaced since sharks are not out to attack us – if this was the case they would be doing so daily), and of those 11 were fatal i.e. 1 death by sharks per year over 11 years in South Africa. Ever wondered what the murder stats are in South Africa in comparison – try 15,940 murders in 2010/11.

So why the huge fuss when sharks kill on average only 1 person a year in South Africa and little fuss over daily murders? Perhaps it’s because we have become desensitized to murder stories because there’s just so many in comparison. Unless of course it’s the murder of the wealthy and famous and the details are intriguing to the average Joe Smoe who also happens to be an avid reader of ‘Heat’ or ‘You’ magazines and the like, or if the murder is comparative to the Chainsaw Massacre, which makes for a perverse, enthralling story. It’s about what sells papers, gets prime time coverage and the gorier the better. I mean, who wants to read about yet another murder in South Africa – pretty boring right? But a death by a shark or an ‘attack’ by a shark, with headlines like “Fish Food, Eaten Alive” with an image of a white shark bearing its razor sharp teeth, well now that gets the masses lining up at the café newspaper stand. People and the media are predictable.

According to the International Shark Attack File, it is true that globally the number of shark bites has increased. But before jumping to conclusion about increasing shark populations, sadly shark populations worldwide are in fact declining at an alarming rate, and many species will become extinct in our lifetime. It’s therefore a matter of simple arithmetic: an ever growing human population i.e. 6.8 billion and counting = more water users + spending increased amounts of time in the ocean = increased risk of encountering a shark.

And though white sharks are efficient predators that are potentially dangerous to people, considering the daily number of water users, the actual number of shark bites remains extremely low. As our Rethink the shark PSAs illustrate, you are more likely to be killed by your toaster, flying kite, or falling off your chair than by a shark! (Watch our award winning Rethink the shark here or see video below this post). Why sharks bite people is mostly unknown but possibly because of mistaken identity, curiosity, investigation and in few cases, aggression. But following these guidelines can further reduce the very, very, small risk of being bitten:

Where there are Shark Spotting Programmes, and for those who have never quite got the flags meaning, myself included, here they are:

A Green Flag means visibility for the spotters is good and no sharks are visible to the spotter.

A Black Flag means visibility for the spotters is poor but no sharks have been seen.

A Red Flag means that a shark has been seen recently but is no longer visible to the spotters.

A White Flag with a Black Shark, along with a loud siren, means a shark has been sighted and you should leave the water calmly but immediately.

No Flag visible means that spotters are not on duty.

Just remember that though the Shark Spotting Programme is effective, it can never be 100 % guaranteed because of human error and bad viz days, for example. But clearly in the recent case, had Michael chosen to adhere to the safety measures in place, he would have avoided being bitten – informed decisions and responsible behaviour while using the sea greatly lowers any risk of ever encountering a shark.

Will I go swimming in Fish Hoek beach again which I love? Of course I will, but I will be sure to check the flag and obey the safety measures, I won’t swim behind the backline where each previous incident took place, and I will be mindful that the sharks are thankfully still out there, somewhere, but that there’s more chance of me being killed driving home after my swim than of me ever being bitten by one. Or perhaps I shouldn’t ever swim in this ocean again, but then I best never drive my car again…