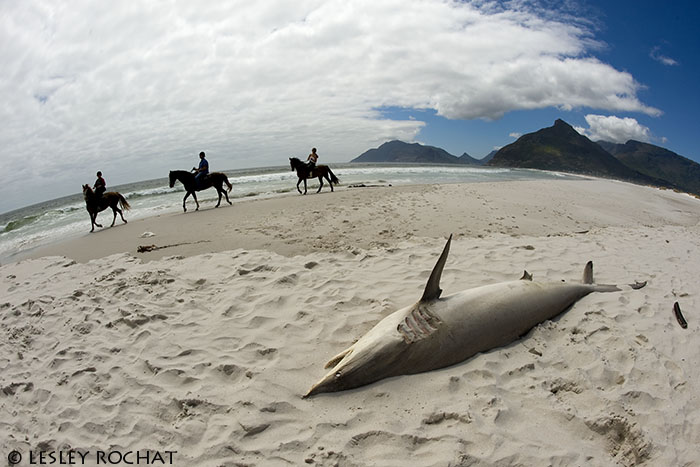 So the question on my mind as the wind whips a slight chill against my skin and dreaded sand particles onto my cameras is why are there so many different types of dead animals washed up along this short 300m stretch of coast? A 2.5m blacktip shark lies partly buried in the sand creating a surrealistic picture, about eight slender sunfish (Ranzania laevis), a dead bird, and all the jelly fish, clear ones mostly but also this pretty pinkish-orange one dying on the beach. Is this considered ‘normal’ or are there factors related to human impact of varying sorts, including the resulting global warming having anything to do with this? 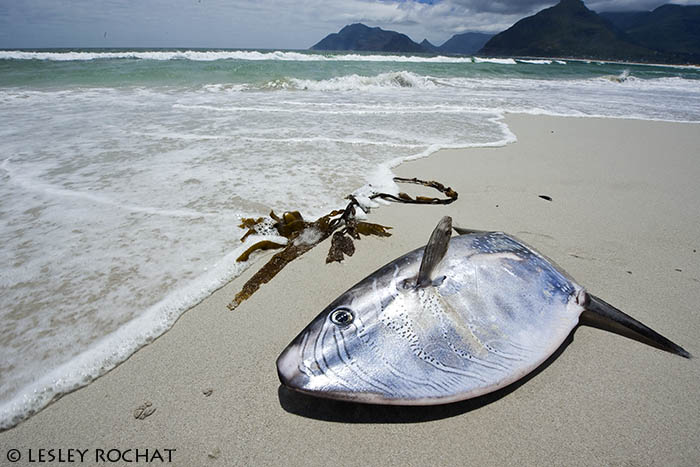 The last week saw what must be hundreds of slender sunfish being washed up along the Atlantic shoreline and this is what brings me here. The reason is thought to be the upwelling of icy cold water caused by the strong southeasterly winds, which have been relentless this summer, causing this normally warm water species to possibly be trapped inshore. I wanted to see it for myself so Terry Corr, the Head of AfriOceans Education, and I set off on a hike from Kommetjie beach. We make a small contribution to research by collecting three specimens of the sunfish, which Dr Leonard Compango will share with Iziko Museum and SA Institute for Aquatic Biodiversity, which has not had a complete specimen since 1971. Not much is known about this rarest and smallest of ocean sunfish and hopefully their uncertain deaths will not have been entirely for nothing. (Check this site out to learn more about the sunfish) 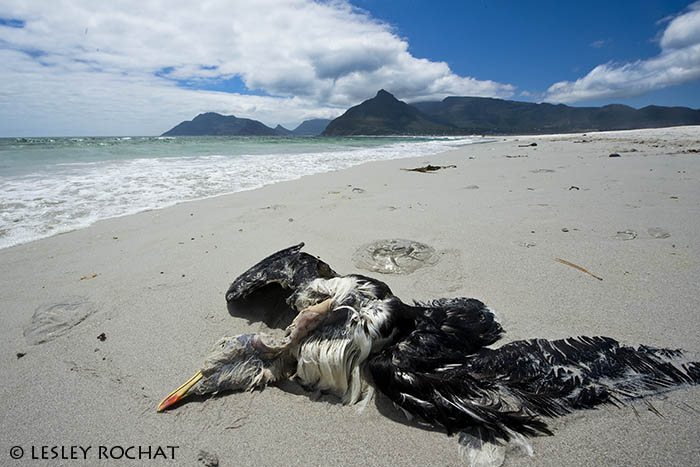 I often wonder who is actually doing any research to try and determine cause of death of animals washed up in volumes, if anyone. I understand in many cases the cause is natural but I’m also certain that many cases are not. For instance, I know that many of the washed up seals along these stretches of coast are in fact dead as a result of either being gaffed to death or being shot. Fishermen do so because the seals are seen as a curse, stealing their catches before they can pull them up onto the boats. I’ve heard it from the horse’s mouth. What about marine pollution, acidification and other global warming effects, what is really going on out there that these telltale signs can speak volumes for so we might act in time? 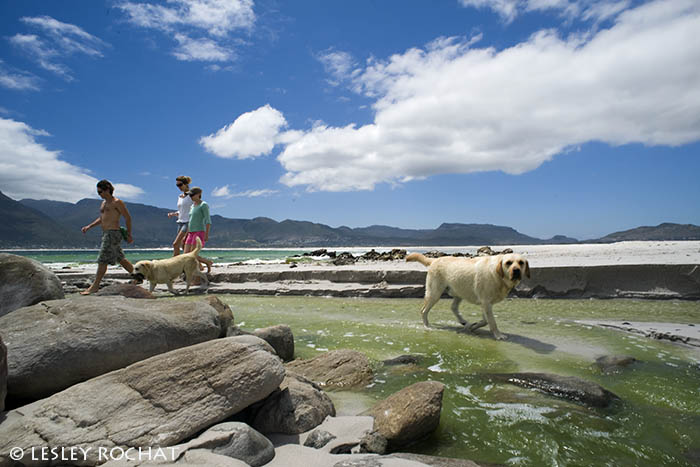 The Wildevoelvlei, which runs into the ocean in this area, raises more questions. Its unnatural bright green colour is caused from blue-green algae. I’ve been told that the overload of effluent coming from the surrounding areas is the reason and it is toxic. What effect is this poisonous water having on marine life?  This is also close to where 45 False Killer Whales beached and were shot dead as the ‘only solution’ two years ago. We never did hear what the autopsy results of that stranding was, well I didn’t. If anyone has that information I would appreciate it being shared. 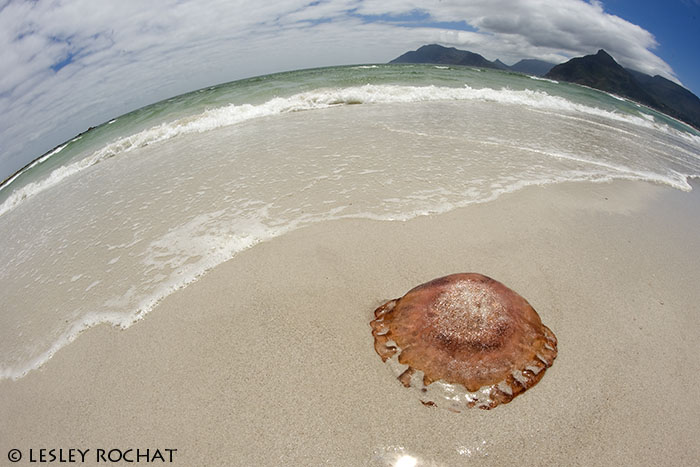 There are a lot of unanswered questions and I can’t help getting frustrated with what appears to be insufficient research to provide much needed answers. Money is the problem, they say. But there’s also way too much money being pumped into what I call ‘sexy’ scientific research, which gets loads of media attention like studies on white sharks. Though important, there’s not enough going to conservation research projects. Like everything, there needs to be a balance, but there isn’t. Even in research it often comes down to ‘what sells’. 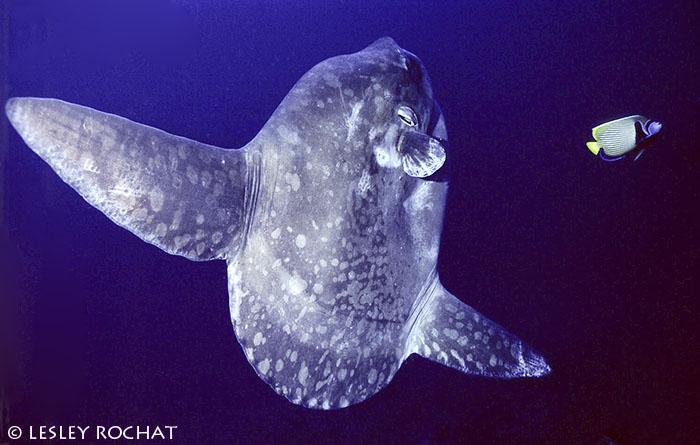 I leave the beach with one last question: Is finding more and more dead marine animals on the shore something we need to get use to when we take those strolls on the beach intended to feed our souls as only the ocean can do? The predictions of human impact tell me yes, more of the same is coming and volumes more. My mind wonders off to more pleasant thoughts, to my first meeting of the mighty ocean sunfish: On a photographic expedition to Bali I had the privilege to photograph the mola mola, another name for the sunfish that means millstone in reference to these fishes’ roundish shape. Being down at 54m in the inky-blue depths, alone, with this magnificent animal, now that was special!