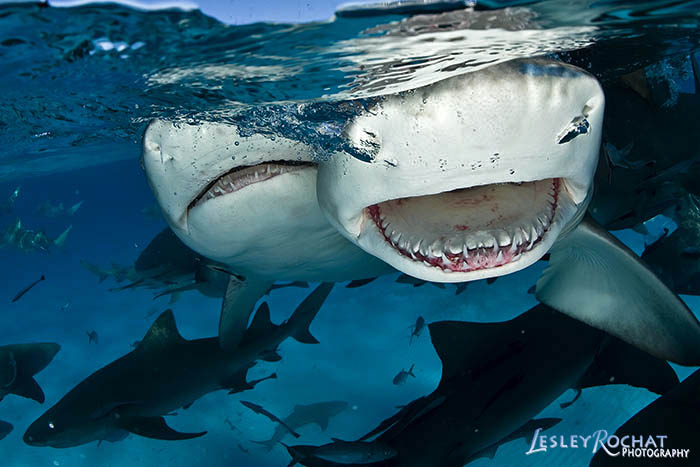 Tears poured down her face as she caught my eye as if to say: “This is so, so sad and incredibly cruel and it pains me to watch it.” She was a young, attractive Asian-looking woman, sitting one row back from the front, watching my film ‘Sharks in Deep Trouble’ which I presented at the London International Dive Show (LIDS), at which I was a guest speaker last weekend. Though I had my back to my film, watching her cry brought me close to wanting to break down again, just like that footage I shot has done many times to me before. It also reminded me that not everyone has seen it and how important it is for the truth to be known about what is really happening to our sharks out there, no matter how gory or unbearable it might be to watch. It needs to be seen. I am merely one of the messengers, one of the voices for those who cannot speak. That is my role and my duty.

Though LIDS was not as well attended as the Birmingham show, possibly due to the massive protest held in London on the Saturday, including general poor economic times, it was once again a privilege to share my work with the UK audience. The feedback and support from many who attended my talks was encouraging and much appreciated. The shows are a lot about sharing one’s work but also about networking and meeting amazing people, doing incredible work. New relationships and collaborations have been forged and I look forward to moving forward with exciting new projects planned with them. 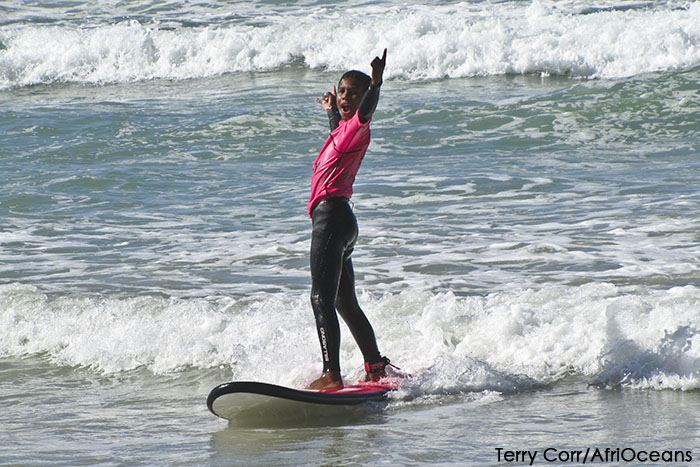 While I was making the most of every minute to network, including till the early hours of Sunday morning, speaking about the importance to ‘Rethink the shark’, Terry Corr, Head of Education at AfriOceans was holding the fort and fighting for our oceans back home. On Sunday AfriOceans partnered with Surfing South Africa and the Surfrider Foundation at a team development surf competition and beach cleanup involving under-privileged children, which was held on Muizenberg’ Beach. Find out more about this amazing event here. 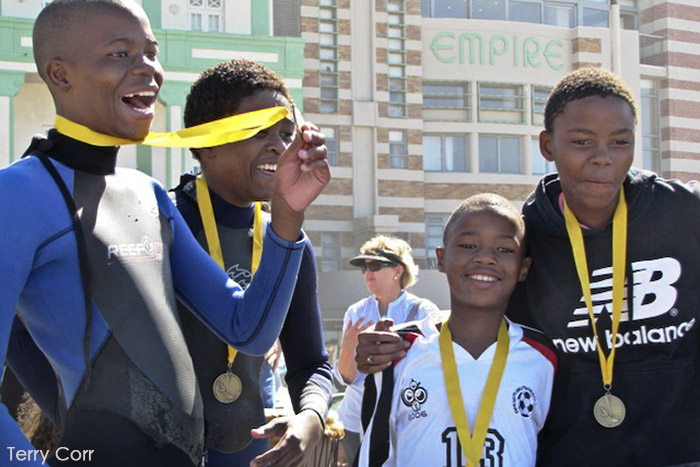 The word ‘Alliance’ in the name, AfriOceans Conservation Alliance, is not there by chance. I chose it because I believe in aligning with others, organizations, individuals, businesses etc. who believe in, or share our mission statement and our objectives. Working together is the only way we will make any truly significant impact and influence change in time to save our planet. AfriOceans therefore has many partnerships and collaborations, both locally and internationally, which just keep growing. Though there is a huge amount of politics in the conservation industry, in particular shark conservation, a disappointing realization I have come to know well,  there is also those who care little for politics and who live, breathe, sleep, eat, helping to save our planet and our oceans. I am proud to know many of them, to work with them and be part of them. ‘There are only activists or inactivists!’ (The Cove).