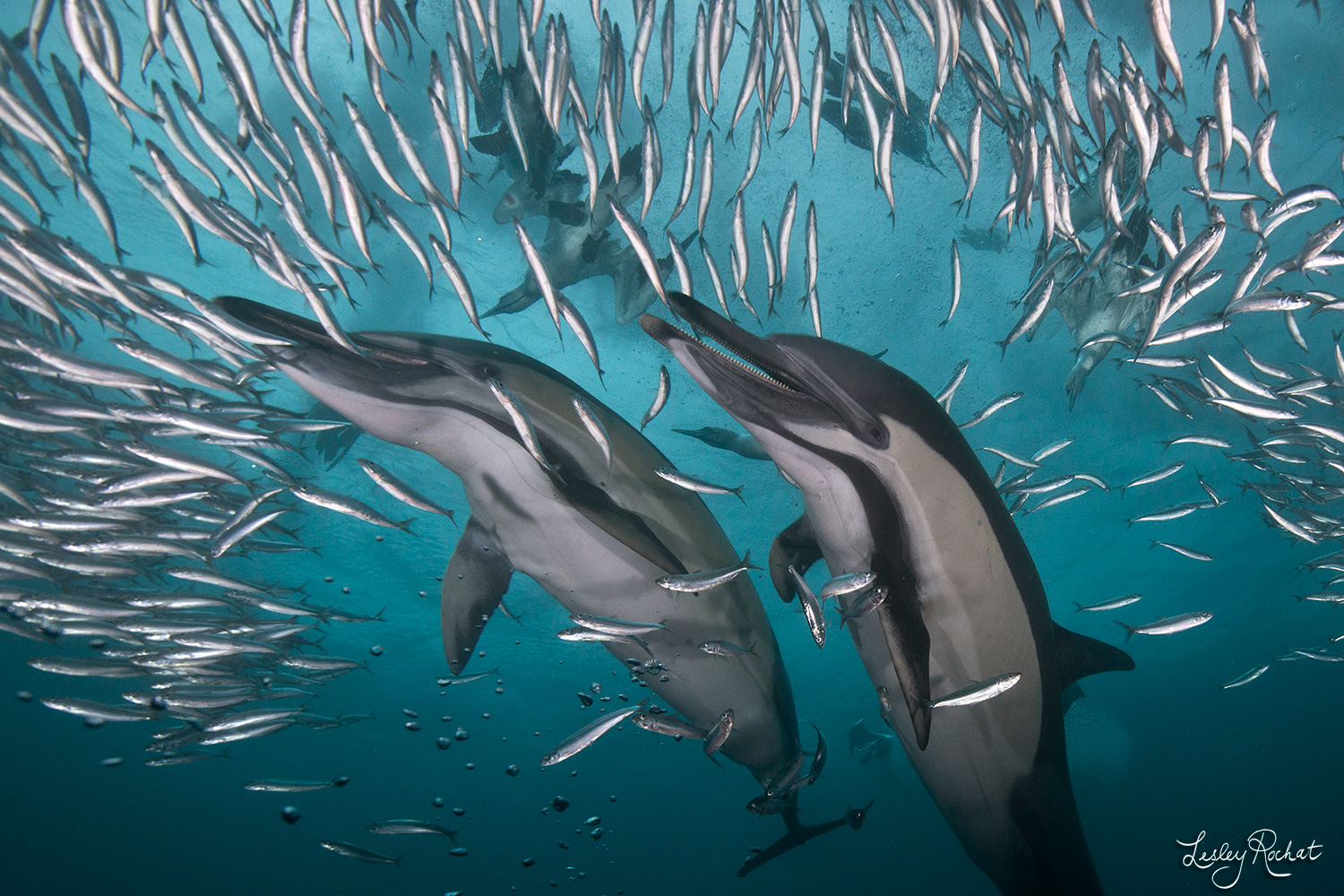 I’m here again, watching the greatest underwater show ever witnessed, the sardine run. Every cell in my body is wired – I’m back in the middle of this underwater feeding frenzy, which a sardine baitball, no bigger than a SUV, is creating. Numerous predators leading a chaotic yet organized attack on the helpless sardines surround me.

The performance unfolds as common dolphin rush past me in all directions; sharks below me wait for their opportunity, and the incredible impact of each gannet breaking the surface overhead is felt against my chest. The sardines sway in tight unison, this way and that, trying desperately, but unsuccessfully to avoid their imminent demise. Their perfect formation is repeatedly shattered each time the predators come rushing in, from all sides. And then with their little beady eyes, wide and fearful, they rush back into a tight baitball, a few sardines fewer each time. It’s Nature in all of Her splendor at play! 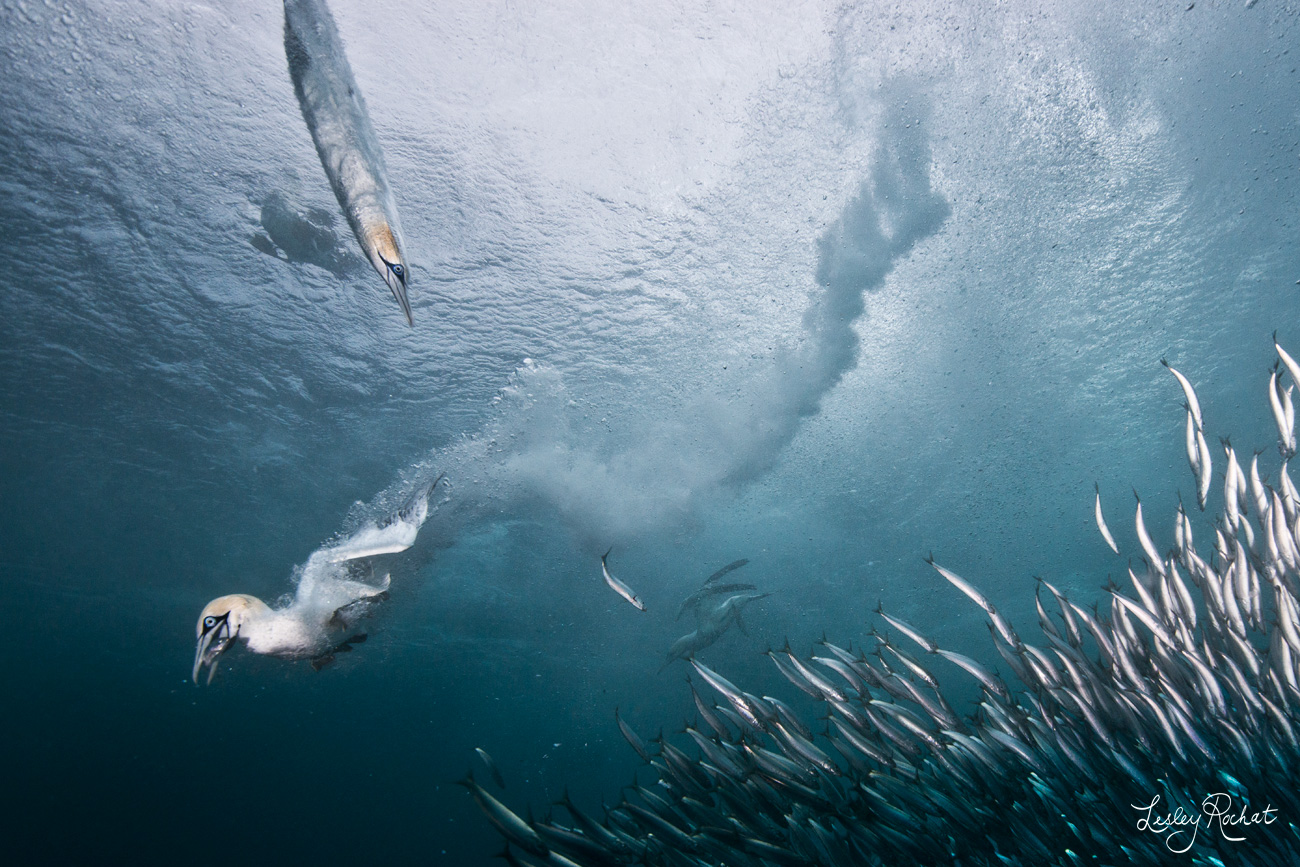 I’m the expedition leader for this 10-day BigAnimals Expeditions, an international company owned by the world-renowned wildlife photographer, Amos Nachoum. With me are three Chinese divers, three Brazilians and one American, each with a camera to capture the show unfolding. That Amos and I should be working together is no coincidence; we share a love and passion for the ocean, and a desire to create awareness about the need for its conservation through capturing powerful imagery, and sharing unique wildlife experiences with others.

I’ve been exploring the oceans on my own photographic expeditions for years, and in recent times sharing my experiences with others through Shark Warrior Adventures, the responsible tourism initiative of the non-profit organization I founded, AfriOceans Conservation Alliance. Despite this being my 5th sardine run, of which only two have photographically delivered, it remains the highlight of my diving career.

Extraordinary is but only one word that describes the sardine run. This natural phenomenon occurs annually, May to end July along our coastline, and found nowhere else in the world. It happens when a cold current heads north from the Agulhas Bank up to Mozambique, and still further east into the Indian Ocean bringing with it the sardines. Rivaling the wildebeest migration, it’s the greatest gathering of ocean predators known: over 20 000 common dolphins, over 2000 bottlenose dolphins, thousands of sharks: bronze whaler sharks, dusky sharks, blacktip sharks, spinner sharks, zambezi sharks, even raggies; various game fish, seals and birds such as the Cape gannet, cormorants, and terns all feast on the sardine, including the mammoth +-15 metre (51ft) Bryde’s whale, who can swallow 10 000 fish in a single mouthful!

This year Walter Bernardis, who has been doing the sardine run for 17 years, and our dive operator of choice, has nicknamed the 2017 sardine run ‘the year of the Bryde’s Whale’. They seem to be feasting on every baitball we find, and have a habit in the not-so-clear visibility of appearing out of nowhere, bursting through a baitball, mouth wide open. Concerns of being whacked by a whale or swallowed whole near reality as one glides past me so close that the force of its mighty wake hinders my ability to kick away. Within seconds it’s gone and I lift my head shrieking with excitement – the mayhem of activity below is mirrored above and all around me the sky rains gannets who like lethal arrows torpedo into the water. The dorsal fins of countless dolphin slice the surface and others take to the air as though jumping for joy. My heart is smiling! 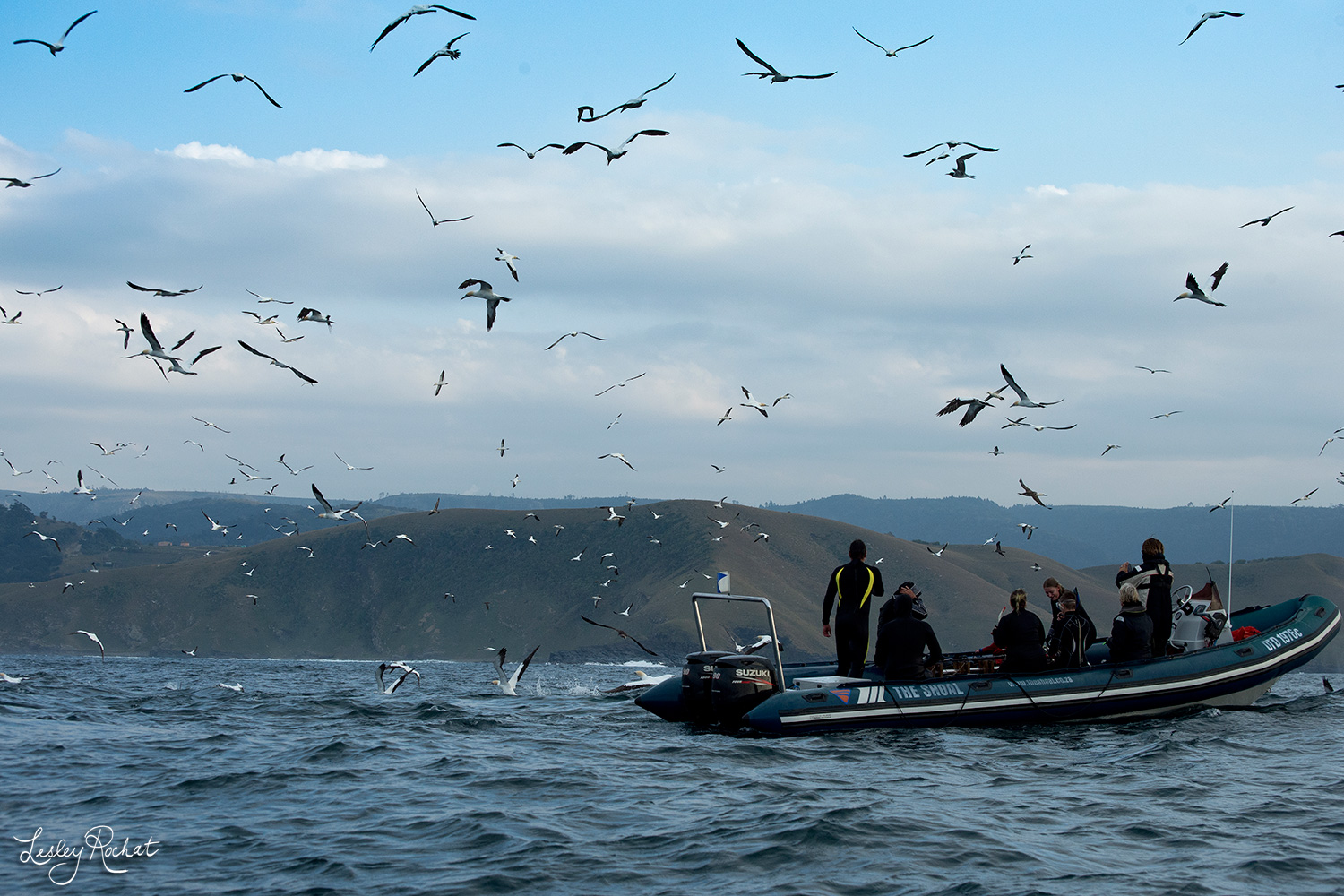 Sharing in this exceptional experience comes at a price – it’s hard work. It is not for the leisure diver, inexperienced diver or unfit: early mornings starting with my worst nightmare, getting into a wet wetsuit, followed by a beach launch and then hours at sea scanning the horizon for signs of surface action i.e. dolphin activity and/or gannets dive bombing. The animals provide the signal that there’s ‘action’ below the surface, a possible baitball. However, not all baitballs cooperate with divers, they move – we refer to these types of balls as ‘unstable’. They move so fast it’s impossible to keep up with them, nor with the predators that are in hot pursuit of these tasty little morsels. At times this means plenty of false alarms, in and out of the boat, swimming till your thighs burn, and like awkward predators with large cameras in hand, we’re chasing after that award-winning shot. These kinds of days involve lots of swimming and snorkeling, and heaving yourself back onto the boat. Then there’s the day that seconds after you launch, you find the mother baitball, and it’s stable, kit up and suck your air dry after spending hours in the middle of the feeding frenzy. On these days we’re all talking at once, right into the night, completely intoxicated by the excitement of what we’ve witnessed. 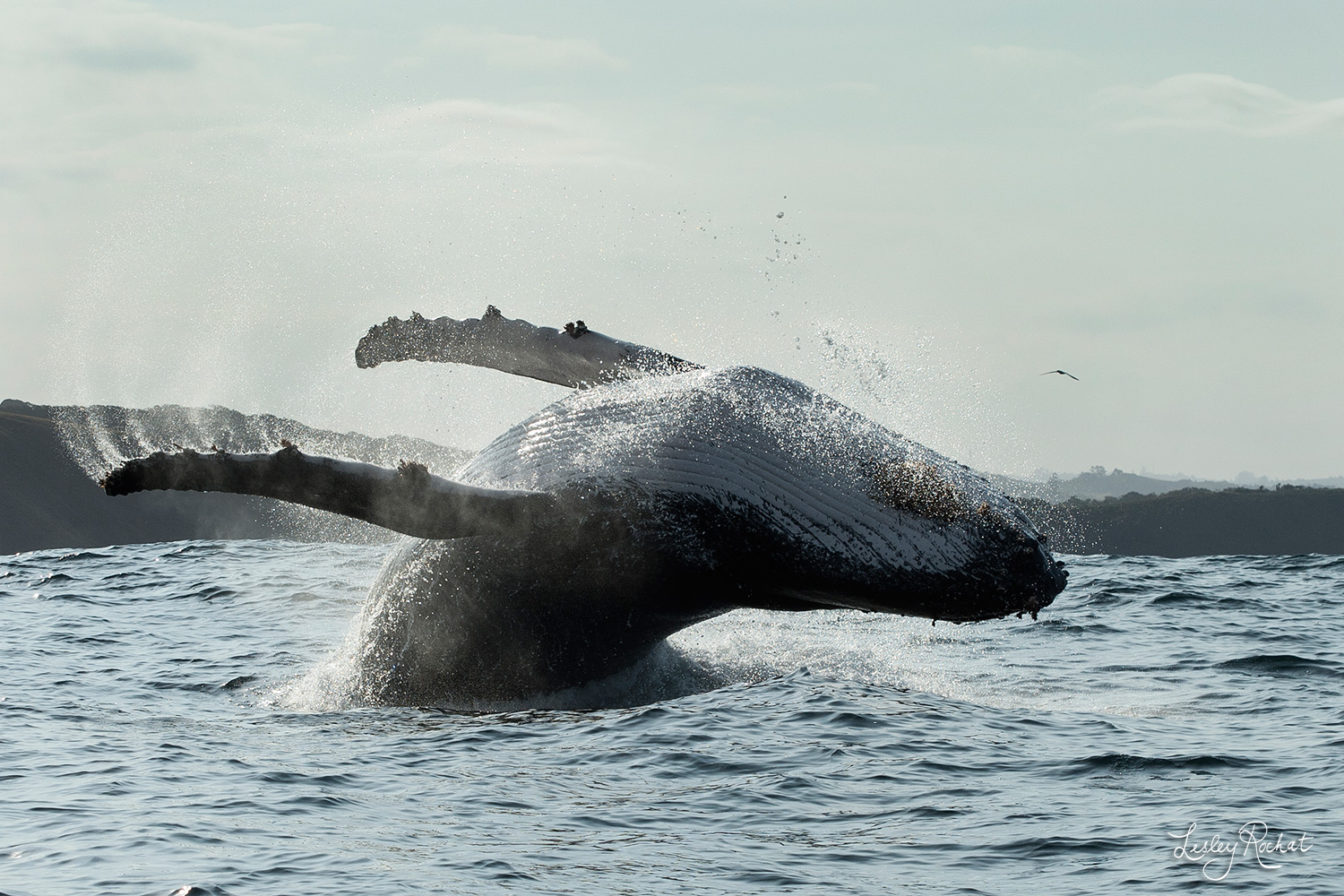 Each sardine run is different, some you plan your return before you leave, while others you walk away frustrated, but still return. And everyday on the sardine run is different too, offering something special; the joy of swimming beside a migrating Humpback whale and her babe, the thrill of being in midst of the feeding frenzy, or watching the whales repeatedly breach, or the dolphins play along the rugged coastline. Photography opportunities abound, as above, so below – it’s all too beautiful. It’s a time to be receiving without too many expectations of what the Ocean will offer you, a time to make new friends, some you’ll never forget. Certainly imprinted forever are the memories of the privilege of being a spectator at the greatest underwater show on Earth.

PS: OPEN FOR BOOKINGS: Together with Amos, I will be leading the 15-25th June 2018 sardine run expedition– email me for more information lrochat@iafrica.com) 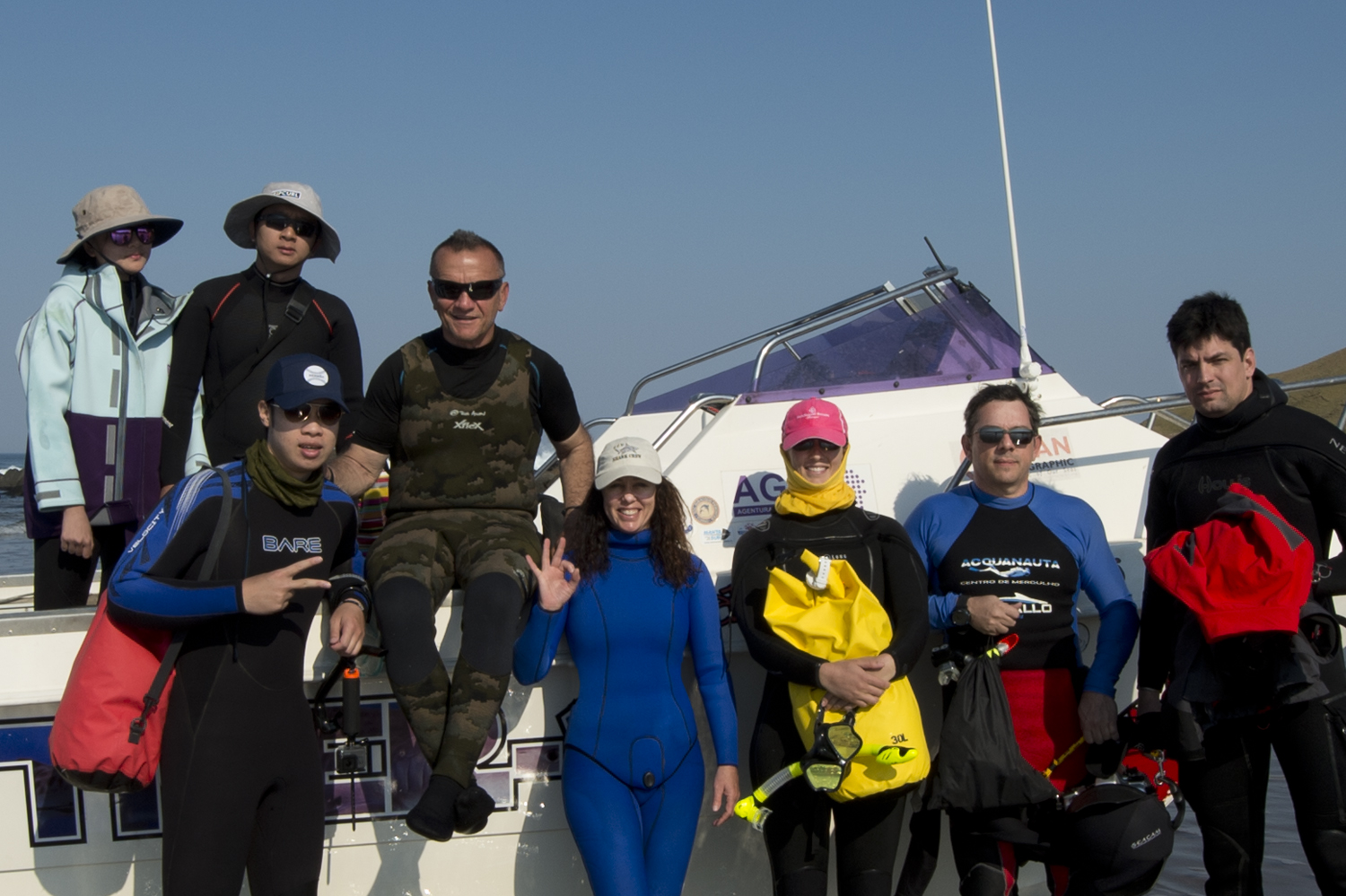